thank you cable tv i can now watch shorts and other films from the sundance channel.

was able to see two shorts earlier. one from germany and the other from france. 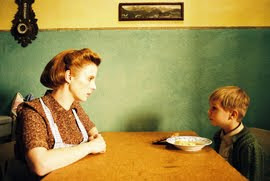 in 1942 germany, a german mother tells her child that their neighbor family friends next door are moving to toyland, a far place with huge teddy bears. this inspired her son to pack his things and follow the family of his friends to embark on a journey to toyland. little did he know that his friend’s family will be transported to a nazi concentration camp. this 14 minute film documents the children’s friendship, the mother’s search for her child, and her accidental salvation of her son’s friend from the nazis.

this movie reminded me much of the boy in striped pyjamas. 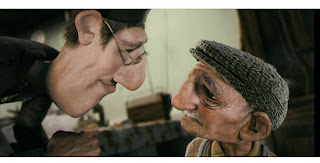 the plot is about a priest who chases an old man, mr moulin, to sign a contract and pay to use the machine that can take him to heaven. to heighten his conviction and to make sure that mr moulin takes his offer, the priest gave the old man a sneak preview of heaven.

after signing the papers, death knocks on mr moulin’s door. he is about to take mr moulin out but thanks to luck and to death’s apparent lack of wit, the priest is killed instead.

soon after death left mr moulin’s house, the old man explored the priest’s machine and was locked inside.
Posted by bulitas at 3:46 pm