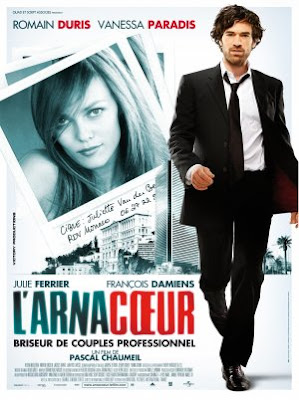 alex (played by romain duris of the beat that skipped my heart [2005]) is a professional heartbreaker. he breaks hearts and relationships for a living.

he is not your ordinary con guy. his goal: make women in unfulfilling relationships release their true potentials.
the rules: only break them apart if they are not happy and never fall in love.
allies: the sister and her computer expert husband.
his weapon: seduction.

the story of alex and his exploits heightened when he met julienne (french singer, model and actress vanessa paradis), the daughter of the rich man who hired him to prevent the wedding of julienne to her boyfriend jonathan.

compared to any other women that alex encountered, julienne is cunning, independent, and is not easily swayed by anything. she secretly loves dirty dancing and george michael. she’s not an easy target so alex and his team are forced to raise their game a few notches higher.

after some time things seem to appear brighter for alex until love comes to the picture.

love seems to screw most things, no?
but still, love is one of the most beautiful something that you can experience in this life.

this film knows how to pull the strings of the heart and knows when to press your laughter button at the perfect timing. this provides the perfect mix of awws and hahas.

today, i’ve shared lots of laugh out loud moments with my friend together with all the other senior citizens inside the movie house.

both romain duris and vanessa paradis exudes that kind of charm that captures you into each of their scenes. that duris guy is one hell of a talented actor. vanessa paradis on the other hand mesmerizes me in many angles. perhaps it’s her beauty (btw she looks like blair wardolf from gossip girls), or the way she talks sexy french, or just the way she walks. it’s a bonus that she kept me awake the whole time.

heartbreaker is fresh, sexy and funny sprinkled with bits of wit over here and there. really, the french knows how to spell romance on screen. 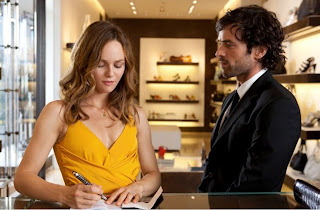 ---
by the way, it is said that a hollywood studio just bought the rights for the remake of this movie. here we go again.

also, here's the dirty dancing video featuring the song (i've had) the time of your life with vocals from bill medley and jennifer warnes because it's been haunting my mind since i heard it from the movie:


plays best on firefox or google chrome. video lifted from this youtube channel: http://www.youtube.com/watch?v=WpmILPAcRQo&feature=fvst
Posted by bulitas at 2:16 pm

I still see romantic comedies even if the "you've seen one, you've seen them all" rule comes into mind. I've never seen a French romantic comedy though; sounds kinky. Now, Bulitas, you mentioned "here we go again" too early. That bottomfeeding production outfit Star Cinema will sooner or later bastardize anything that Hollywood recycles. The idea will be too worn out by then, and it will be called The Third World Project Angioplasty.

not really a fan of mushy films, but this i will consider