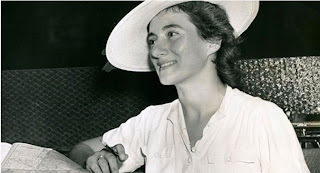 i fell in love with ruth gruber’s photographs. aside from telling stories of the holocaust survivors and the refugees aboard the exodus ship in 1947, her photographs convey timeless messages that compel the human heart for a change.

if only i was born a few eras earlier, i’m pretty sure that i’d fall for her. during my 73 minutes encounter with her on the documentary film ahead of time (directed by bob richman), i was able to see portraits of the photogenic and fearless journalist who has captured and produced great images of her time.

ms gruber is now 98 and is still beaming with energy, humor, wit and inspiration.

Born in Brooklyn in 1911, Ruth Gruber became the youngest PhD in the world before going on to become an international foreign correspondent and photojournalist at age 24. She emerged as the eyes and conscience of the world. With her love of adventure, fearlessness and powerful intellect, Ruth defied tradition in an extraordinary career that has spanned more than seven decades.
Posted by bulitas at 1:24 pm