as much as i would like to deviate from stereotyping some philippine movie characters as victims of common sense malnourishment, i cannot help but notice the illness that the characters suffer from mark philipp espina’s 2007 movie siquijor: mystic island.

the movie is about a tv production team that went to the island of siquijor to interview the locals regarding the island and its rumored mysticism. the crew travelled from the city hoping to gather new and first hand scary materials for their tv show that was about to be shown on the primetime slot.

an effective mix of tension builds up from the characters’ varying point of views and actions as they explore the island. unresolved romantic relationships, personal issues, career stress, and the binary oppositions of the old and the new, the scientific and the mystic, the natural and the supernatural are the dominant themes of the story.

angel aquino’s character is the newly assigned executive producer of the show who wants to steer the boat to her own leadership. ian veneracion is the director of the show. he is also angel’s ex flame. assunta de rossi, the show reporter is ian’s new girlfriend. yul servo acts as the playful cameraman. sid lucero is the assistant who secretly desires coco martin, the other assistant.

the first part of the film deals with the web of the characters’ lives as an individual and as a tv production staff. it would have been boring if not for the few cliché scare tactics prevalent in many asian horror flicks released on the past years (the ring, the grudge, one missed call, the eye, the red shoes, acacia, etc). classic pinoy horror starts to creep during the second half of the film after the group offended a passing local of the island during one of their shoots.

somehow, you get the familiar feel of the shake rattle and roll classics slowly touching your nerves. somewhere in the periphery of your imagination, you know what’s bound to happen and you comfort yourself by acting brave, expecting what is to come and feigning the looming shock, the approaching fear, the evident horror. you are not meant to be scared since you think you might have seen the same horror acts through time, but when horror suddenly looks at you directly in the eye, you will freak out, and you will definitely scare the shit out of you.

in the movie, those who died, die in a morbid state. angel aquino died in a coccoon. coco martin’s had a butt explosion. yul servo died of insect empacho. i wonder why it took too many casualties before ian veneracion’ character realize the connection of their visit to siquijor between the deaths of their crew.

siquijor the movie uses the pseudo documentary style (blair witch project, paranormal activity, etc) in some of its scenes perhaps to enhance the authenticity of the horror. it isn’t anything out of the ordinary. but i like this movie simply because it scared me when i least expect it. just when you think that the conversations and the humors are getting bland, something will pop out of the blue that salvages the scene. one scary character of the movie looks like any other local passerby in the province, but the film sure made an effort to make him frighten you out your wits.

to top the movie off, siquijor puts across the audience the message of respecting unknown territories as well as accepting the existence of the supernaturals.

no, the movie neither promotes nor discourages tourism in the area. i think it is the already known mystery of the island that makes it more interesting than most of the 7, 107 islands of the philippines. 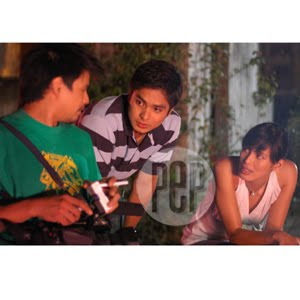