why the boy in striped pyjamas almost burned my heart 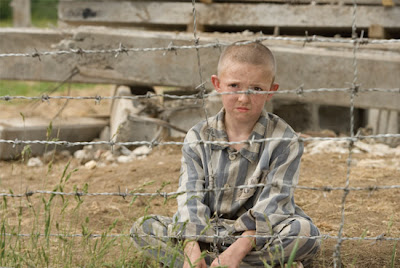 war of choices, war of belief and morals, war between family and loyalty to advocacy, war of races, war of heart and the mind. conflict is evident in the movie, both internal and external; though approached in a subtle manner as if looking at all the wars and the conflicts through an innocent child’s perspective.

the simplicity and innocence of bruno and schmuel’s friendship is moving and inspiring. it breaks all the barriers that war has set for both of them- physical and spiritual, transcending barriers of race and social classes.

what a movie to start my sunday. it almost sent me to tears.
Posted by bulitas at 9:26 am