payback time as sweet as chocolate 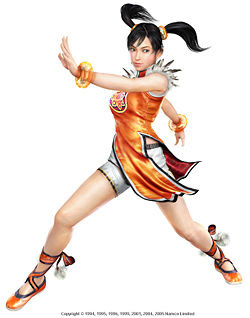 it is amusing that most of the time, i smile, i bite my lips, and i hold on the cushion of the seat while watching the thai movie chocolate. i have never enjoyed watching an action-packed martial arts movie since that classic jacky chan movie i saw on board the hm bus from los baños to manila years ago.

strip tekken's ling xiaoyu of her qipao and place her in the body of the autistic young lady named zen (the 24-year old yanin "jeeja" vismistananda) and you'll get an action-packed entertainment that is as sweet and engaging as chocolate.

the movie follows the story of zen, the autistic daughter of zin (thai) and masashi (japanese). both of her parents are ex-members of rival assassin groups.

zin used to be the femme fatale of the thai gang and also the former love interest of its leader named no. 8.

masashi, on the otherhand, is the leader of the rival yakuza group who fell in love and had an affair with zin. he flew back to japan upon zin's request in order to ensure their safety after no. 8 threatened to kill them both.

zin tries to raise zen like a normal kid with the help of moom, the kid she picked up from the streets. zen grew up with extraordinary reflexes which enabled her to catch and evade any object thrown at her. she also possess the ability to acquire skills merely by observation. thanks to the muay thai training area near their house and to the jacky chan and tony jaa movies that she sees on tv, she is able to teach herself the necessary skills to kick some ass with her combined martial-arts moves.

moom brings zen on public places to exhibit her extraordinary ability of catching high speed objects thrown at her. in doing so, they were able to generate money to help the family's financial difficulties when zin gets diagnosed with cancer.

but as zin's condition becomes worse, the higher demand for money surfaced.
one day moom finds a small book bearing lists of names of people with certain amounts of money. moom, assuming that all those at the list owe zin her money, decides to drag zen with him down the lair of the goons in their society- the butchers, construction workers, druglords, and assassins to ask for their payments.

normally the goons would not budge upon moom and zen's initial plea for payment. they bullied them and hurt them, taking advantage of their seemingly frail and vulnerable characters. little did they know that the special child zen had some martial-arts skills going under her skirt.

entertaining is an understatement for this prachya pinkaew movie that combines the perfect mix of action, humor and drama that engages the audience to its not so complicated plot.

if you’re a certified filipino couch potato, you can spot look-alikes of maverick and ariel, mystika, eva papaya, and other comedians as deadly assassins.

the actors and actresses performed their own stunts during the movie’s production. no doubles were used. just imagine a la tony jaa, jacky chan and bruce lee stunts done sans the stuntmen.

sure, the movie had its own share of technical and plot imperfections, but that doesn’t mean that it is crap. this movie is love.

one rule to enjoy a martial arts action flick, don’t think too much. just enjoy!

any life can never be perfect but i discovered that one thing can make things less imperfect, one thing can bring life close to perfection.
it is love. -masashi

we must find love.

Saw this film on (pirated) dvd. I love it! hehe