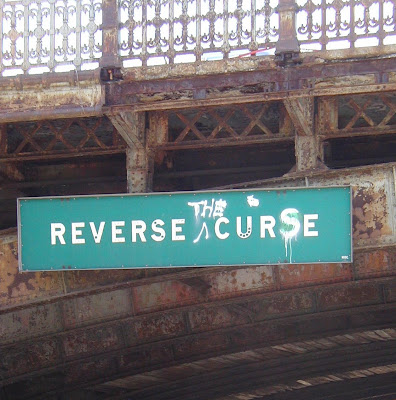 kadiby (not her real name) is a cursed individual, and so are you.
minus the glasses, her aura frequently reminds me of betty in the popular colombian series betty la fea. she snorts when she laughs, she rarely combs her hair and she wears braces. beware. every guy she brands as her crush eventually turns out to be a guy lover.

you don’t want to see her in her lunatic state whenever she discovers the tragic demise of her crush’s manhood. she would sporadically throw curses at anybody as if everyone was a spawn of the devil who destroyed the manhood of her crush with its fork. that’s her curse. she was cursed by an unknown entity to make her every crush gay. it was not her fault. each person born in this world was equipped with a curse whose purpose is either to annoy you, challenge you, or teach you a lesson.

ms fi, my former officemate, never fails to share with us the power of her curse. she told us that she acquired her curse back in her youth when she said she accidentally wiped the tears she saw on her grandmother as it rest on the coffin. since then, each curse she cast on anybody comes to life. it was as if she became an instant messenger of death. all of her death wishes came true. her image of whispering curses to the wind (whether consciously or subconsciously) still freaks the hell out of me. imagine a morena cruella de vil in a short bob whispering curses to the wind, that’s her. well, i never feared her because of that. just don’t mess with her when you see her and you’ll be fine. you can hear no curse from her.

anticipating budding conflicts and having dreams of dying people you don’t know in real life are just some of my curses. i don’t know when this keen sense of seeing, smelling and feeling of conflicts starts. but whenever i sense one, i try to worry too much, worse, i fear about the unknown consequences of it. having dreams on the verge of being apocalyptic (i have dreamt about an uber advanced world war where i am one of the survivors, takings snaps of the devastation) strips the sanity in me. this curse of worrying about the unknown is worse because it points to me rather than to others.

kadiby’s curse made her write great and effective stories and essays, ms fi’s gave her an unstable love life ever since she started cursing and blessed her with a mentally challenged daughter. my curse, on the otherhand, does not manifest any sign of it’s repercussions except from the fact that it occasionally makes me wonder about the uncertain future. but i believe in faith over fear. i have high hopes that one day, it will dawn to me how to use my curse for the greater good of humanity.
Posted by bulitas at 2:21 am

HI... I VE BEEN WATCHIN UR BLOG ..IT S REALLY NICE..I VE GIVEN U LINK BACK.....SEE MY SITE AND GIVE ME LINK BACK TOO... HAVE A NICE DAY..AND THIS IS MY SITE..http://www.creativecentre.blogspot.com/ and comment on it...