the dilemma of basha (bea alonzo) and popoy (john lloyd cruz) can be easily resolved if only they listened to each other with more sensitivity sans the pride, equipped with lots of understanding on their sleeves. but if that would be the case, there will be no conflict in the plot and there would be no box office movie from director cathy garcia-molina. besides, doen’t real-life relationships happen like that? conflicts could have been easily resolved if one voices out his/her feelings and the other party willingly and openly listens but this has never been the status quo of any usual relationships.

star cinema’s one more chance has been successful in bringing to the big screen some cute, tamed, and heartfelt takes on a couple’s relationship on the rocks. basha and popoy’s story echoes the stories of thousands of couples experiencing almost the same dilemmas, the same drama, and the same it could have been fixed if only... stories.

not really a major tearjerker for me, but most of the lines thrown by the characters hit the heart bullseye.

basha and popoy’s characters have been created well. on the other hand i can’t help but feel sympathetic for trisha’s character (maja salvador) despite her being 2-dimensional.

john lloyd and bea’s chemistry is obviously powerful for they can summon ancient smiles,they can generate a choir of awws and ooohs, and they can bring old memories of romance long hidden on the cobwebs of the mind back to life. 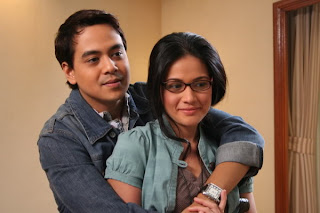