what else could i say? everyone is gay 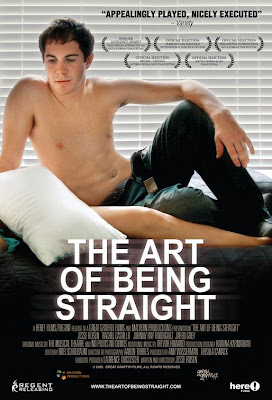 somewhere in the blogosphere, somebody wrote and posted- “sa panahon ngayon, ruler na lang ang straight” (the only straight thing during these times is a ruler) which opens another portal to the seemingly infinite discussion about an individual’s being straight in relation to his/her sexual preference and orientation.

over some place in this planet, someone is wondering if vanity makes one gay. groups of individuals are discussing whether excessive charm towards girls and women makes a person gay. in some intersection across the internet highways, people from various ip addresses around the globe are arguing if the visibility of erect and pointed nipples under your t-shirt makes you gay. in some sectarian highschool in a semi-religious third world country, a mathematics teacher confronts and accuses a student of being gay because of his talkative behavior. behind the closed doors of his room, someone is asking himself if his jolly and extremely extroverted personality counts in the gay meter of the society.

the straight and gay label attributed by the society to each and every individual varies on ideologies, social groups, morals, beliefs and personal outlook in life.

over the weekend i saw jesse rosen’s the art of being straight. it is a film about two college graduates, jon (jesse rosen) and maddy (rachel castillo), and their struggles and discoveries about themselves and their sexualities. maddy is the museum and art gallery person who is involved with a girl. she openly claims that she’s a lesbian but does not deny her occassional attraction to men. jon on the otherhand, is a newly hired ad agency assistant who possesses characteristics (such as being too clean, being attractive, being modest, being a cassanova, being too nice) that could make him gay. he becomes involved with his male boss on several occasions while still sleeping with other women on the side. most of his buddies tease him gay, but he never admits being one.

subjecting yourself to the society’s judgment is like entering a mirrorhouse and seeing yourself through various mirrors that can either make you look curved, decapitated, spheroid, doubled, bended, etc.

in the movie, i like how jon deals with his internal issues by following his desires and by staying true to himself. i assume he accepts the fact about the inevitable judgments from his society, while internally dismissing his subscription to the prescribed labels of straight or gay.
Posted by bulitas at 2:33 pm

being gay, like love, will still remain a decision.

What the f*ck are people not commenting here for!!!

Kudos to you bulitas. I love it when movies try to teach people something and people learn something.