can’t say i love you, not just yet 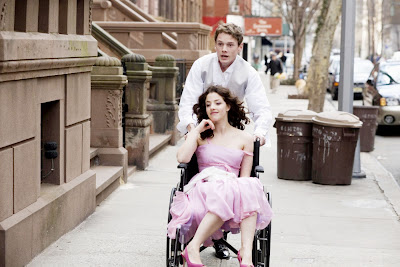 vivendi entertainment’s new york i love you is like a dynamic jigsaw puzzle where each piece that completes the big picture moves and changes in random. you see moving images, you see people, you see places, but you will find it difficult to decipher the image that you expect to see. 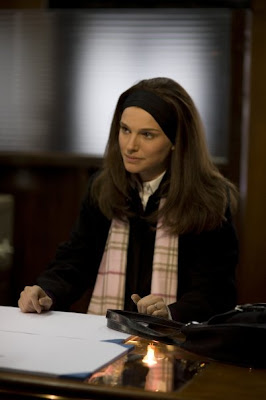 the best way to enjoy the movie is to entertain yourself with the cityscapes and the relationships built among the myriad of lives and culture in the city.

from the 11 shorts featured, some definitely stand out from the rest. 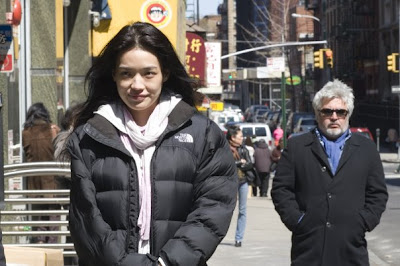 one of my favorites is the story of the guy who dates a girl on the wheelchair during his prom night. turns out, the pretty girl on wheels that acts as the key that unlocks the doors of his virginity, is a new york theatre actress on practice.

the scene between maggie q and ethan hawke outside the restaurant is one of the wittiest written comedy from the bunch.

kudos to natalie portman’s heartwarming short that features the story between a man nanny and a young girl.

walking with the old couple who rants about their relationship, their life and their anniversary is probably the slowest short from the whole. yet, your senses will bathe in the sweetness and the sincerity of their relationship that will make you go awww in one way or another. 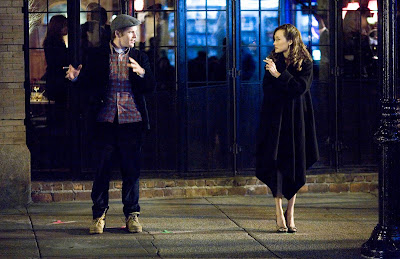 the ladies- natalie portman, shu-qi, maggie q, rachel bilson, olivia thirlby are all for the win!

the attempt to showcase the diversity of lives and culture is there, but new york i love you still gives me the feeling dissatisfaction. it was like going around the city by cab without actually going down the street, without walking on the pavement, without running around the corners and experiencing the city itself on your own. although in some occasions there is that fleeting feeling that the level of experience is somehow limited, new york i love you still works better for me than paris, je t'aime (paris i love you). i enjoyed my experience with most of the individual pieces of the puzzle and for me, it is new york i just like you.