immobile patrol in the sky of glendale

tonight there’s a half-eaten biscuit in the sky chasing two tigers holding each other’s paws on the freeway.

it mocks the valley as it swims in the ocean of shadow and sugar sprinkles.
yesterday the half-eaten biscuit is a pacman character in the sky.

few days later it will be a stray fingernail of a giant that will either smile or frown over hollywood.

like a morphing ball of a demigod, it lords and witness the evolution and existence of the office person who blames it all on another officemate, the armenian lady who doesn’t pay her rent, the sister who wouldn’t clean the house because of dysmenorrhea, the father who struggles for his legal rights over his wife and children, the distant friend haunted by loneliness, the patients hugged by cancer, the activists abducted by the government, the stripper who wears orange instead of strawberry, the lover who is afraid to be in love, the pop star who plans her next crazy move, the businessman without money, the writer who thinks he was left by his muse, the neighbors who fuck like cats, and the office worker who takes all the blame from the other office worker as the milky way of darkness and midnight sparks swallow it whole. 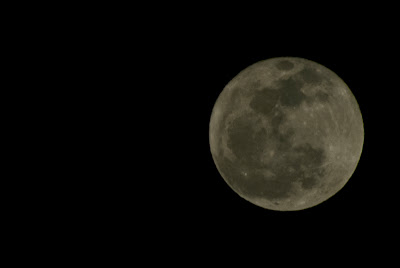