the internet as an avenue for monologues to the self 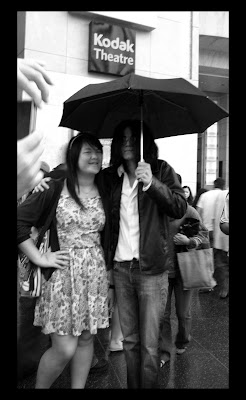 when the news of fernando poe jr’s death reached me, i was in front of the computer, tweaking my blog template, doing my usual blog rounds, laughing with kel, and surfing the internet while doing my ten-paged short story paper to be passed at ten in the morning.

when michael jackson was rushed to the hospital, i was in front of the computer, pretending to be busy, secretly doing some blog rounds, and checking google, msn and what have you for updates. just minutes later, the fm tradio announced his death. i was checking some credible sources at the internet back then while encoding data and dealing with lots of numbers needed at the end of the day.
Posted by bulitas at 2:01 pm

-also doing my blogging undiscreetly at the office right now.