ADIDAS Pilipinas TRACK Jacket for Sale on the internet: exposed 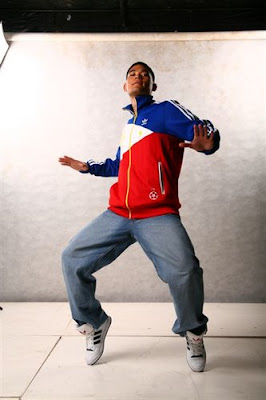 have you ever wondered where you can get yourself one of those limited edition track jackets released by adidas philippines bearing the colors and design of the philippine flag?

well if you just heard or read about it recently, chances are you will not have any luck in scoring a stock or two from any adidas store and warehouse. why? because these limited edition track jackets used to sell like pancakes despite its price of almost 5,000 Php.

aside from drawing the inner patriot nature in you, the track jacket's "limited edition" tag made its value higher, making it a sought-after item. celebrities and various media personalities wear it, people in the malls and gimik places sport it, so why not get one for yourself if you can have the chance right?

i started my quest to find my own adidas Pilipinas track jacket months ago when i first saw it on the internet. it was also at that time when i found out that it was long out of stock from adidas stores and many disappointed fans of the jacket and sports-gear enthusiasts were left with no choice but to wait for adidas' announcement as to when they will release more jackets.

but impatience got hold of me since i don't want to settle my ass and wait for the company's announcements, so i searched the www and saw some sparks of hope. i found several sites offering the same adidas pilipinas track jackets for a relatively higher price. in fact, you can google it yourself. Try the keywords adidas+pilipinas+track+jacket and you will immediately see the results. there are forum threads about where and how to purchase one for yourself. there are also people from ebay selling their slightly used or unused jackets, but i am not into the game of bidding. 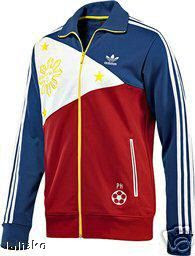 after browsing several sites offering the jacket, i stumbled upon this guy from sulit.com (let's just call him koya) and immediately contacted him for details. he responded with lightning speed and told me that he have a direct contact person inside adidas who sells him the jackets. apparently the guy has all sizes both for men and women available upon request to think that these jackets were already sold out long ago. hmm.

anyways, the eager-beaver-who-badly-wanted-that-track-jacket in me negotiated with this total stranger and sent him 3/4ths of the payment via western union. the guy was ok, constantly communicating with me regarding the progress of my order, keeping the fire of my excitement aflame.

months have passed and i almost forgot about my remaining balance until he informed me to send money for shipping and handling. the item was ready!

but before I asked him to ship the item, i arranged a meeting for him and my friends, fritz and samantha to check the jacket. and it was only when fritz saw and took pictures of the actual jackets that i realized the flaws of the production as well as its low quality, it was a fake!

below are the shots taken by fritz showing the flaws of the seams, the embroidery and the materials used in the jacket:

(pls have patience and wait for the images to load. you can also see the images here)

take note the details of the quality of the stitches, the embroidery and the tag. hello quality control?! no, i doubt if adidas would release such poorly crafted jackets from their end.

so is there still a chance to score one of these flag jackets? maybe. but not exactly the same as this one. my sources say that adidas will release another philippine flag edition track jacket but with revised design to comply with the philippine flag law, Section 34, which prohibits anyone “to wear the flag in whole or in part as a costume or uniform."

according to this blog entry, this will be design of the next set of track jackets that adidas will release. apparently, it will be the modified version of the women's track jacket to fit men's sizes.

so, to you my dear reader, please be cautious whenever purchasing items from the internet. having friends like fritz and sam counts a lot. so help spread the word and tell your friends who plans to buy the pilipinas track jackets from sources with unverified identities and credentials to be cautious. it's their money anyway. would you be shelling out 5k++PHP for a faux jacket? nah.

here are some of the links i found online that sells the jackets:

official multiply site of adidas originals philippines
Posted by bulitas at 3:20 am

oh this is bad. i'm sorry you were scammed. :( that's why i don't buy online ng basta-basta eh. to think it's that expensive pa. maraming ganyan everywhere. there's this news pa that there were fake Mac make-ups being sold at ebay for almost the same price as the original ones. grabe no? sana makarma sila.

National jackets are really a hot commodity especially after the olympics. I saw this once on the net being worn by Billy Crawford in the Fil-Am Awards in California and I thought that I really ought to have it! I asked my friend back home to get me one, but to no avail. Im glad I read about it your blog though!

i'd really love to get one of these so i could proudly wear it here. sana maka iskor ka na in time for my december vacation baka mabili ko sa iyo. He he. Gawin ba naman kitang scalper. :-)

@thespoolartist: i've seen that pic of billy wearing it on that awards night. well, way back i used to think of it as an uber cool item, but now, nah.

I've a friend with an original jacket... unfortunately i was unable to wait for him to bring it before I bought one from an online seller for P4,000 (it's for an xmas gift kasi). When we compared it, ang layo nga ng fabric and details like the tag and stitching! Grr! I felt so bad... thank God sumagot yung seller when I asked to return the jacket and get my money back. Too bad I didn't find your site before I bought that substandard thing. Lesson learned: Make sure you know exactly how the original looks like before you buy online.

i know some adidas subcons who were already ready for production of these(materials, embroidery templates and all). but the problem was adidas placed the production on hold because of the flag issue. so what these subcons did was they made and released them(though some were of subpar quality) just to cover the expenses already shelled out by these manufacturers. kaya kahit papano you cant blame them. kaya nalang din ganon ka-detailed ang gawa kahit hindi ganon ka-linis. baka you bought it from one of them.