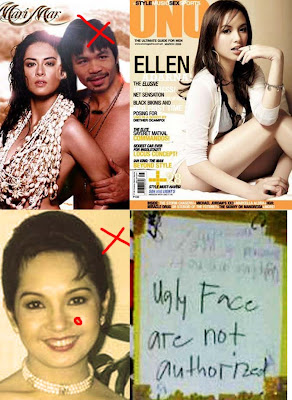 lethal vapors of freedom, long hidden and repressed underground by those who have the power, will surface the earth and consume the spirits of the people under the spell of severe lethargy and apathy. weapons of mass destruction will have no match against the power of the youth and the students, who have the innate ability to deflect bribery.


there will be blood, just like what you see when you close your eyes and point your head towards any bright light. the soldiers that barricade the entry points to the city will all be powerless against the raging river of protest coming from all directions. the clamor for reform will ignite the fire of a civil war. many will have to sacrifice their blood to cleanse and bathe the land to pave the way for the children of the future.

should the oppressive ruler not leave her throne, even more terrible things could happen. those who chose to remain under the comforts of the cloak of apathy will slowly be choked by the vapors of freedom.

you see, civil war is the panacea, that is according to the nostradamus i’ve met last saturday. after he delivered his prophecy, he immediately left the law office without giving us any chance to ask him any questions. he seemed to be sure of his words.
i will surely extend my stay in this place of make-believe and i will have to get a decent bride soon.
Posted by bulitas at 3:43 pm

grabbing ti is pure stupidity, most if your subordinate4s have mixed emotions about your authenticity

I like your post. Yun nga lang, I can't anything further than Transfer Certificates of Title because I'm studying for finals tonight.

Haaay. The Law is a jealous boyfriend.

Interesting post.
Really, really interesting, but I wonder if this will happen.

If these things happen, I will simply pinch myself to wake up. Haha! However, doom in any part of this century is inevitable as life has been more surprising than we could ever envision it to be. About that picture above, I’ll probably ask Nostradamus “How many will die secondary to ugliness?”

I don't wanna be a ruthless person or something, but...