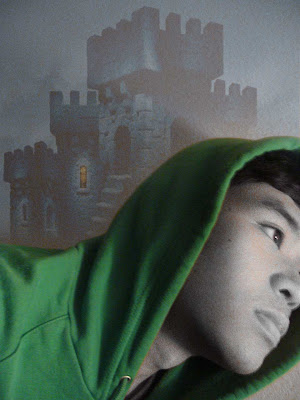 the first flicker of light that hit my eyes was a reflection from the teardrop crystal lamps from the high ceilings of the structure. i woke up and found myself in the midst of towering pillars bathed in gold and shining pieces of ruby. on the front i saw an elevated seat cradling a king cloaked by the weariness of time. the seat is positioned on an accordion-like mechanical lift that could increase the seat’s elevation up to the ceiling. to his side rest his queen who looks like alyssa milano, only more voluptuous and bright with her posture and stance. the queen spoke of her discontent about certain structures built. i saw the king gave his forehead a massage as his queen rants over building structures.

lately i have been dreaming of castles and large structures. i dream of the archetypal castles with proud turrets and high ceilings. just the other night, i dream of an unfinished castle, big, and situated among the bushes, as if waiting to be built, and constructed to its fullest form.

over the past few days, my dreamworld is haunted by various places with large spaces. i see high ceilings, large structures, and wide areas of land lying before my eyes.