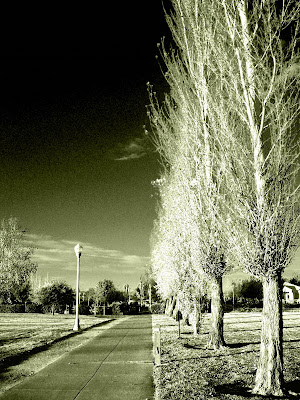 you can tell you’re getting old if you gradually lose faith in people.

i’ve noticed this in people who seemed intoxicated with the spirit of desperation and are leaning on the verge of distrust even on themselves.

you tend to see life with apocalyptic visions as a prelude to your distant meeting with death.

when you feel that each tick of the clock cuts a meter from the thread of your patience, you are probably old.

i knew these things not because of my age, but because i have lived with many old people since birth that i learned how to detect the first wrinkles of old age in a person.

take my dad for example. he would cloak the scratches of old age by taking refuge in strategy and role playing games such as command and conquer and the battle for middle earth. i believe he takes pleasure in reminiscing the glory of his military days by commanding troops and conquering computer-generated kingdoms.

age is relative. i always tell this to my friends who would rant about their age. age is nothing but an arbitrary sign imposed by the society to limit and determine a person’s growth and maturity. your hair could have grown white but you still have the heart and the aura of an adventurous person. you may just be in high school but you are already under the spell of paranoia.

anyways, what you associate with old age is just a matter of perspective.
old age is not at all about losing faith in people, being paranoid and being impatient. old age could also be associated with maturity, wisdom and strength of character.

how you view old age is like drinking wine. when you drink too much of it, you become intoxicated with it, but when you have just the right amount of it, you feel better and it becomes beneficial to you.

it’s just sad that most people i see are intoxicated with the spirit of old age.